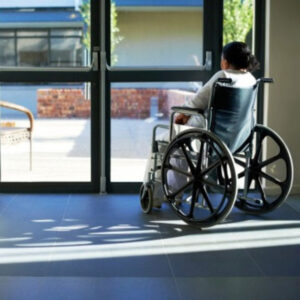 CalderonBarton announced today that the State of Arizona has settled claims of vulnerable adult abuse and neglect at the Arizona State Veteran’s home – a publicly run veteran’s home in Phoenix, Arizona. Plaintiff alleged that the Arizona State Veteran’s home admitted residents it knew required extensive care and treatment, but failed to provide sufficient staff to meet the needs of those residents. Plaintiff alleged that Micheal Pawlak, who was physically disabled and unable to move himself,  was left alone outside left outside in early summer, suffering serious injuries. He was also left along on numerous occasions without an adequate fall prevention plan and suffered at least five falls resulting in serious injuries, including at least one fall which caused a hip fracture. After Michael’s fall, he was not adequately assessed by nursing home staff, who failed to recognize that Michael had fractured his leg for seven days. As a result, Michael was left without adequate treatment or pain management for his fractured leg for more than seven days. After significant discovery, the state of Arizona agreed to to pay $450,000.00 to resolve claims that this abuse and neglect caused Micheal Pawlak’s death. While the state has denied any wrongdoing, the settlement agreement is public record.